On Lacan’s Style – A Prelude

This is a short post as a prelude to an article, or series of articles, about how Lacan worked, both inside and outside his clinic.

As such, this is about his style, and in this prelude I will argue that Lacan’s style was more substance than vain flair. Many people find Lacan’s style difficult, some impossible. For them it is either an inhibition or a complete barrier to understanding his work. ‘Why can’t he just say what he means?’ is a question that is bound to have occurred to anyone who’s attempted to tackle the Écrits. Unfortunately, his Seminar is often as difficult.

In the three videos below I want to offer a taster of his style. Then, in the article (or articles) on how Lacan worked that will follow we will look at some more examples, anecdotes and recollections from his patients and those who knew him.

But firstly, back to the question of his style. What does Lacan himself say about his own style? This is what he tells his audience during Seminar V in 1957:

“If it is in fact a question, in connection with the creative functions that the signifier exercises on the signified, of speaking about it in a worthwhile way, namely not simply of speaking about the word but to speak, as one might say, with the grain of the word, to evoke its very functions, perhaps the subsequent teaching this year will show you that there are internal necessities of style, conciseness for example, allusiveness, even some sting…. [These] are perhaps the essential, decisive elements necessary to enter a field of which they control not only the avenues, but the whole texture.” (Seminar V, 13th November 1957).

Here we find a rare moment in Lacan’s teaching where he provides us with a tentative answer to the exasperated critic who accuses him of not saying what he means. What’s more, his answer is pretty accessible provided you grasp one of his most fundamental ideas: that the signifier itself has determinative effects irrespective of the signified – whether those effects are in symptoms, on the body, or on the nature our relationships with others. Lacan takes his stylistic licence from what he calls above the “creative functions that the signifier exercises on the signified”.

Let’s take a simple example to illustrate this primacy of the signifier over the signified: I say the word ‘table’ to refer to the object, a table, in front of me. But does it? Could this signifier ‘table’ refer not to a table made of wood with four legs, but to a ‘table’ with rows and columns, of the sort you’d find in a spreadsheet? Or could ‘table’ refer even to a verb, as in ‘to table a motion’? One might object that in such cases we need to look at the context – that it’s clear if I’m sitting at a table and use the word ‘table’ to what I’m referring. 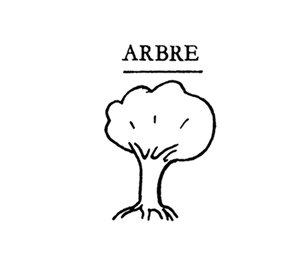 In the passage quoted above Lacan is suggesting to his audience that we accept this idea there are “internal necessities of style” that follow from it, and which he adopts. What’s more, these are not ‘stylistic’ as in ‘unnecessarily theatrical or vain’. Rather, they mirror the texture of the world that psychoanalysis, in Lacan’s view, has divined. Not just in his clinical work but in his life, Lacan lived the practice of playing on this fact.

Here are three short clips which testify to that. Exhibit A:

What happens in this clip, taken from a 1972 talk that Lacan gave at the Catholic University of Louvain? Ostensibly, the host is introducing Lacan to his audience. The introduction is naturally complimentary, and the host refers to “The eagerness of the audience in Louvain to hear you”. At this point, Lacan emits two small coughs. The natural inference would be that this is because of the cigar he is smoking. But if we look closer at the signifier his host uses in describing the eagerness of the audience to hear Lacan, we can note that it’s an ambiguous one. The French entendre has the sense both of ‘to hear’ someone and ‘to understand’ them. Lacan’s two small coughs indicate that he decided to interpret this ambiguous signifier in the latter sense: “The eagerness of the audience in the Louvain to understand you”. His coughs are a wry – but playful – gesture of doubt as to the likelihood that his audience will be able to understand him.

Also during in his introduction, the host refers to Lacan’s “inimitable style”, which was well known by that time. He talks about how Lacan will speak in a free-form way, without formally stating what his topic will be or following any pre-written script. At this point, Lacan reaches into his bag, and pulls out a bundle of papers which he carefully lays in front of him as if he is going to read from them. Note that this is the exact opposite of what his host just said about him! This makes it highly likely that Lacan’s act was a response to his host’s words and not coincidental. For the rest of the session he makes no further reference to these notes – they are clearly just a prop. (Indeed, later in his talk an angry student accosts him and pours water all over the desk, thoroughly soaking them.) And, just to prove the point that this was all an act, notice in the clip how Lacan lays the sheets of paper one overlapping the other, in a way that would make it impossible for him to actually read from them.

Here Lacan has just started his remarks, and he uses the same signifier – from the verb entendre, to hear, but also to understand – as his host did in his introductions. “I embark on the difficult task of making heard [or understood]… something”, he says. Then he asks the audience if they can hear him clearly – using entendre again – because he has decided, very strangely, to put the microphone underneath his cravat. Naturally, someone shouts out from the audience to indicate that they can’t. Lacan’s response uses this ambiguous entendre a third time. “On entend?”, he asks. When someone responds with a no Lacan retorts, “On n’entend pas”. The audience clearly get that this is a pun and start laughing. Lacan could be taken to have said “You hear?… You don’t hear.” But that he didn’t finish his response with a questioning intonation in his voice explains why the audience found this amusing. They heard “You hear?…. You don’t understand.”

None of these three things are accidents. They are examples of the way that Lacan practiced and the clips above, rare though they are, show us that this practice was not limited to the walls of his consulting room at 5, Rue de Lille. Although discreet, they demonstrate the application of his theory; and although this theory is often difficult, they demonstrate a substance behind his style.