4. The Subject Supposed to Know and the ‘Magical Negro’

The ‘Magical Negro’ is a cinematic cliché in itself. The term was coined by director Spike Lee to denote a cinematic trope in which a black character has a special – often mystical – insight or ability, which is then imparted to a white character. The ‘magical negro’, for Lee, is nothing more than a narrative device Hollywood uses to further the progression of the white character, the hero. Although Lee was specifically thinking about the 2000 film The Legend of Baggar Vance, his term has been adopted by critics and commentators in the literary, cinematic and cultural fraternity (check out Hughey’s paper on cinethetic racism here for more on this idea). Even outside academic circles, the web is awash with examples of where the ‘magical negro’ can be found. The Shining, The Green Mile and, most recently, The Hunger Games have all been cited as instances where this cliché can be found.

Coming back to Hollywood, rather than being limited to black characters like the ‘magical negro’ Lee describes, this ‘subject supposed to know’ is found with high frequency in movies depicting characters from other ‘minority’ groups. Think of the number of movies in which the Native American character has a mystical ‘bond’ with nature (the recently-deceased actor August Schellenberg virtually made a career out of this). Or, more commonly, movies in which a ‘stranger’ from ‘the East’ teaches the hero a martial art in order to help them accomplish revenge on a bitter foe. Kill Bill and The Karate Kid might come to mind here. 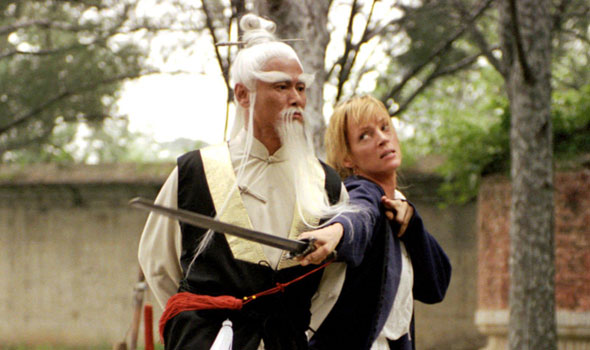 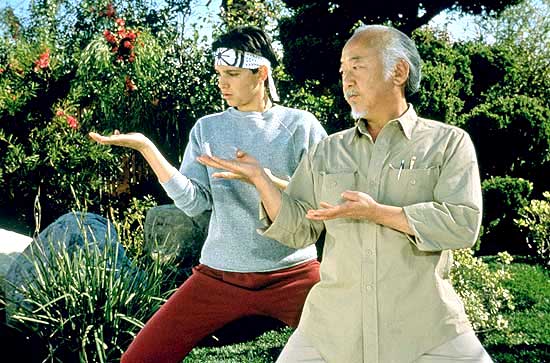 Wax On, Wax Off

However, to take the last example, The Karate Kid has a very important Lacanian lesson beyond the racial stereotypes. Check out this scene:

Mr Miyagi has seemingly employed the kid, Daniel, as slave labour,  forcing him to perform menial duties like waxing his car, sanding his decks and painting his house. However, this is not all it seems. As the clip above illustrates, Miyagi is actually teaching the kid karate – the kid just doesn’t know it yet.

Lacan used exactly this technique on his patients, as a beautiful story from Lacan’s practice illustrates. It’s related in Jean Allouch’s charming little book Les Impromptus de Lacan, but as this is only in French, here’s a rough translation:

“She doesn’t stop complaining about the number of excess kilos she’s put on, of the ineffectiveness of all her diets, the diets, besides, that she no longer believes in.

She knows that the problem is elsewhere, etc.

One day, however, Lacan intervenes:

Once in the corridor, she meets Gloria, who is rather thin; she hesitates however, as the topic appears to her incongruous, to ask her what the diet is.

Once outside, the apostrophe imposes itself:

Lacan’s trick turns on his use of the signifier maigrir, to lose weight. In French, this is pronounced identically to m’aigrir, which means ‘to embitter myself’. The woman goes on and on about her inability to lose weight, but at the same time admits to knowing that the problem lies in something other than all the diets she unsuccessfully follows. Lacan’s ‘interpretation’ shows her that the signifier she uses to describe her weight indicates an unconscious bitterness (towards whom we can only guess).

What is fantastic about this anecdote is the efficiency with which Lacan delivers his interpretation. Lacan does not simply tell the woman that when she speaks about losing weight she’s actually speaking about bitterness towards someone. Rather, he gets her to enact this strange, theatrical little game in which she has to go and ask Gloria, Lacan’s secretary, about a diet Lacan says the latter recommends. Why does he do this? In order that she hear the ambivalence in the words that she uses – the m’aigrir in place of maigrir.

Lacan is playing the same trick that Mr Miyagi played with Daniel in The Karate Kid. Like Lacan, Mr Miyagi doesn’t just teach Daniel karate by imparting knowledge about it. In making it into a little game he gets Daniel to realise what he is actually doing in spite of his conscious awareness.

Even if the ‘subject supposed to know’ takes its form in the Hollywood cliché of the ‘Magical Negro’/Asian/Native American, the scene above from The Karate Kid demonstrates the Lacanian way in which this knowledge can be transmitted. Lacan describes his method in a compact little maxim: the speaker “receives from the receiver his own message in an inverted form” (Écrits, 41). This is something he teaches his pupils again and again:

“The analyst awaits the subject, and sends back to him, according to the formula, his own message in its true signification, that is to say, in an inverted form.” (Seminar XII

But the real trick of Lacan’s idea of the ‘subject supposed to know’ is that it’s not the analyst at all: it’s the subject him- or herself. Right at the end of his life Lacan emphasises this to his students:

“There is something of the One (Y a de l’Un), but there is nothing other. The One, as I have said, the One dialogues all alone, since it receives its own message in an inverted form. It is he who knows, and not the one supposed to know.”

But we could go further still – isn’t this very similar to what Lacan does with his audience? There is a strange phenomenon that everyone who has studied Lacan (deeply) will be familiar with. When you’re reading Lacan’s texts or the transcripts of the Seminar, you very often get no sense of his direction, no sense of the point he wants to make except in retrospect, only after you have taken one of his bizarre, meandering detours. This is a deliberate ploy by Lacan: he is drawing on Freud’s idea of Nachträglichkeit. In French, the translation is après coup; in English, Stratchey’s Standard Edition translates it as ‘deferred action’ but I prefer Laplanche’s term ‘afterwardness’.

As Hegel says, the owl of Minerva only spreads its wings with the falling of the dusk.